A Guide To CBD 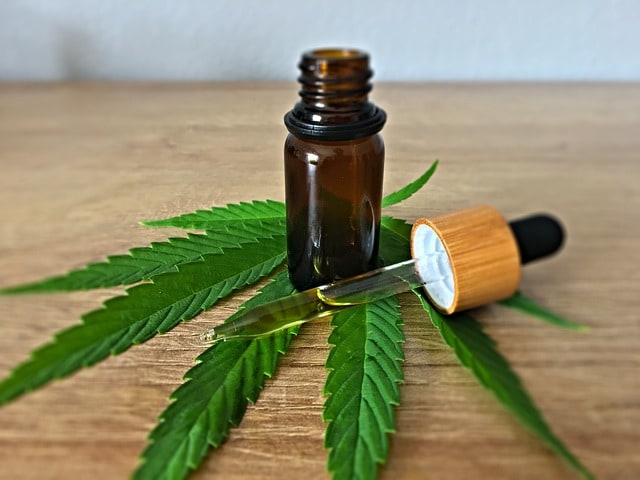 In 1940, Cannabidiol (CBD) was discovered as a component of marijuana but has since been victim of its Schedule 1 controlled substance label under the harsh regulations by the federal government. For decades, the potential for CBD to become one of the most effective forms of medicine available has been hampered. The last ten years have ushered in a new awareness promoting the benefits of marijuana and CBD. In 2018, the Farm Bill legalized the production, sale, and purchase of hemp in order to manufacture CBD oil products, thus stripping it of its Schedule 1 classification.
Since the Nixon Administration declared a war on drugs, there has been a plethora of misinformation that has affected the reputation and credibility of marijuana and CBD as a controlled, medical substance. Nowadays, people don’t know what the truth is, leaving them scared to take their first step into exploring alternatives to pharmaceuticals with nauseating side effects. a guide to CBD

WHERE DOES CBD COME FROM?
CBD derives from the cannabis plant, which is another confusion plaguing the plant itself. While the masses may associate cannabis to the THC aspect of marijuana, cannabis is differentiated by the amount of THC in the plant. If the plant contains less than 0.3% of THC (federally allowed limit), it is considered a hemp plant. Anything higher than that is considered a marijuana plant. CBD is sourced from the hemp varieties of cannabis.

WHAT ARE CANNABOIDS?
Every cannabis plant is composed of several ingredients that remain consistent between hemp and marijuana, called cannabinoids. The infamous cannabinoid, Tetrahydrocannabinol (THC), is the psychoactive cannabinoid responsible for producing hallucinatory effects when consumed. CBD on the other hand affects the body differently, making it ideal to consume when people seek to alleviate their ailments.
One of the most essential aspects to CBD is its non-intoxication qualities. Cannabinoids affect your body through the endocannabinoid system (ECS). The ECS is composed of two receptors labeled CB1 And CB2. When engaged with cannabinoids, both receptors produce the “high” feeling that is commonly associated with cannabis. However, the receptors aren’t limited to determining psychoactivity alone – they can interact with your body in many positive ways!

WHAT DOES CBD DO?
Manage Pain – Across the country, CBD is primarily used to alleviate pain and inflammation. Whether it’s to treat muscle soreness after an intense workout, or arthritis, joint pain, and multiple sclerosis (MS). Compared to traditional pain medication, CBD offers more relief with only a fraction of side effects. a guide to CBD
Strengthen Bones – As we age, our bodies fall victim to osteoporosis, which is the weakening of our bones due to the loss of vital minerals that are responsible for the strength and durability of our skeletal system. Recent research has shown that CBD can both strengthen the bone and speed up the healing process whenever fractures occur.
Improve Mental Health – Studies have shown that CBD is incredibly effective at enhancing one’s mood or alleviating certain mood-related disorders, including depression, anxiety, low self-esteem, and more. By interacting with our serotonin and adenosine receptors, CBD can sooth stresses, enhance cognitive activities, and calm an oft-cluttered mind.
CBD = Zzz – For those who have trouble developing a consistent sleep cycle that promotes a full night’s rest, CBD has been shown to help those with variations of insomnia get a good night’s sleep. In contrast to the popular pharmaceuticals that can be extremely dangerous if abused or ingested the wrong way, CBD is the safer and more effective alternative.
The Future Looks Bright – Despite its long history being utilized by humanity, CBD is still relatively new and it is still highly researched on, with new medical benefits being discovered. Some studies show that CBD can deter neurological diseases as well, making the possibilities for CBD usage very promising! a guide to CBD

WHAT DOES CBD FEEL LIKE?
There is no “right” way to consume CBD – it all depends on your situation and how you choose to consume. Because of the versatility of the cannabis plant, CBD can be purchased in various forms, including oils, distillates, concentrates, edibles, capsules, balms, or even the plant itself.
Using CBD oil is ideal for consumption to alleviate stress, depression, and anxiety. For those with muscle soreness, using a balm or eating CBD-infused edibles are effective. Mixing CBD in your smoothie (a growingly popular add-on in juice & smoothie bars) is optimal to maximize the benefits of CBD for bone growth. If you’re worried about consuming exact doses of CBD, then pills are the best option for you.
CBD has a method of consumption for everyone! a guide to CBD

CBD: IS IT FOR YOU?
Given its medicinal strength and affordable pricing, CBD has grown to become one of the most highly sought-after products arising from the medical marijuana industry. Smoke shops, pharmacies, quick stops, and ever restaurants have been capitalizing CBD into their business models.
Although it is highly beneficial and carries few negative side effects, CBD should still be treated as a medicinal supplement. If you’re interested in consuming CBD, you should consult your primary physician to determine if CBD is right for you. a guide to CBD

Other reads: Marijuana Laws In The United States