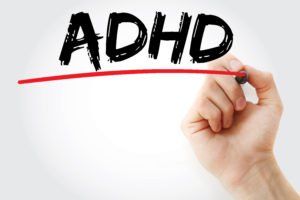 Attention Deficit Hyperactive Disorder, as well as the closely related Attention Deficit Disorder, is one of the most widespread mental health disorders, affecting nine percent of children and upwards of five percent of the adult population worldwide. While the exact cause of the condition is an ongoing area of research, the general consensus is that the symptoms stem from a lack of dopamine in the regions of the brain responsible for complex thoughts, decision-making, and conscious control of social behaviors. This is what leads to the inattention, restlessness, and lack of impulse control that patient’s experience. The promise of medical marijuana & ADHD/ADD, when prescribed by a healthcare professional and closely monitored, is that it works in a fundamentally different manner than the usually prescribed stimulants Ritalin and Adderall. While these two block the breakdown of the small amounts of dopamine that the brain does produce, medical marijuana actually increases the production of dopamine itself. This means that many patients enjoy the positive effect of enhanced concentration, without many of the unwanted side effects of amphetamine-based stimulants.