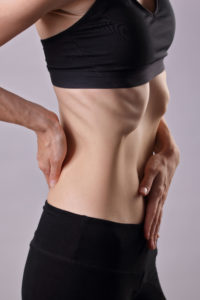 The “munchies” commonly attributed to marijuana actually has a biological basis, allowing medical marijuana to be an effective alternative treatment against eating disorders. These, and anorexia nervosa in particular, are incredibly disruptive in the lives of those afflicted. In fact, anorexia is the most common eating disorder and has the highest mortality and suicide rate of any psychiatric condition; this is amplified by the fact that, according to the National Eating Disorders Association, thirty million Americans will develop an eating disorder in their lifetimes. It is well documented that the body’s own set of cannabis-like chemicals, which are produced regardless of the intake of any marijuana, are key in regulating appetite. The effect of these ‘endocannabinoids’ are mimicked by medical marijuana, and when given to patients afflicted with significant weight loss due to HIV/AIDS and cancer, it creates sustained weight gain and a return of appetite. Since the first studies, these results have been repeated many times, with similar results and a well-noted lack of major side effects. This is widely expected to carry over to the use of medical marijuana & anorexia in patients.